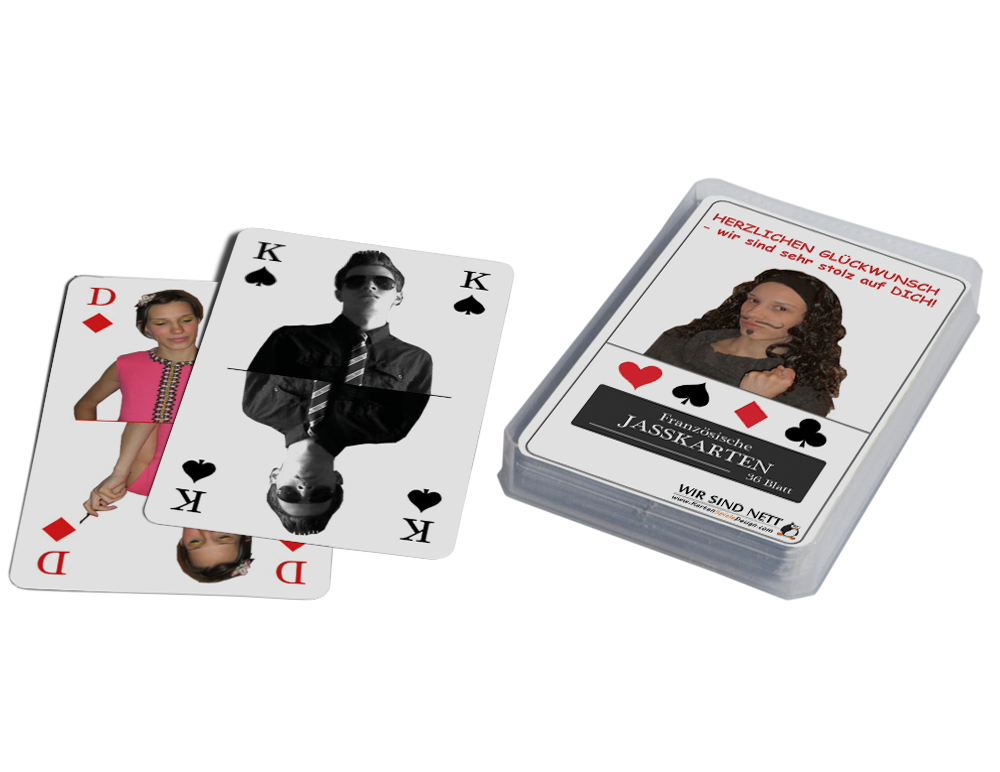 Use your photos to design your Jass card game with a French picture.

Jass is usually played with four players and 36 cards. Jass is the national game in Switzerland and the number one card game in Vorarlberg. There are numerous variations of the basic game principle. Different hands of cards are used depending on the region, and the rules can also differ depending on the region.