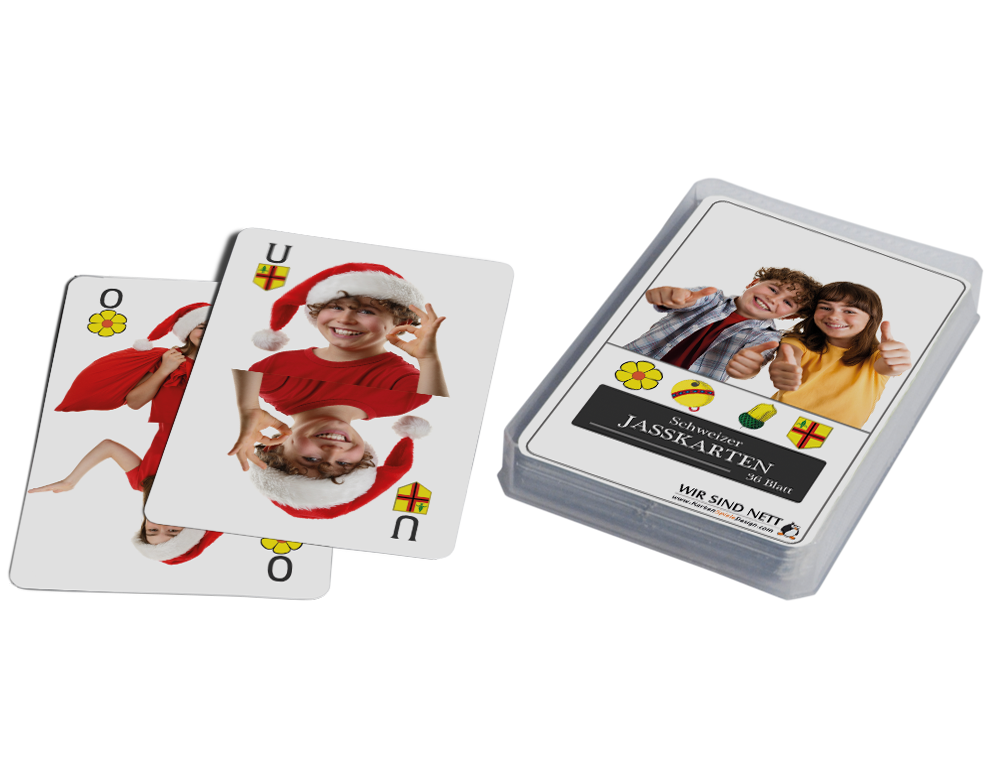 Create your own Jass card game with a German-Swiss picture using your photos. The cards offer you a range of different card games. For example, in Vorarlberg the Bodasee Jass is played with 2 players.

The suits of the (German-)Swiss cards are called Rosen, Schellen, Eichel and Schilten. Each suit comprises nine cards: 6 to 9 (called Nell in Trumpf), Banner, Under (also called Puur [Pawn] in Trumpf), Ober, König and As (partly Sau).