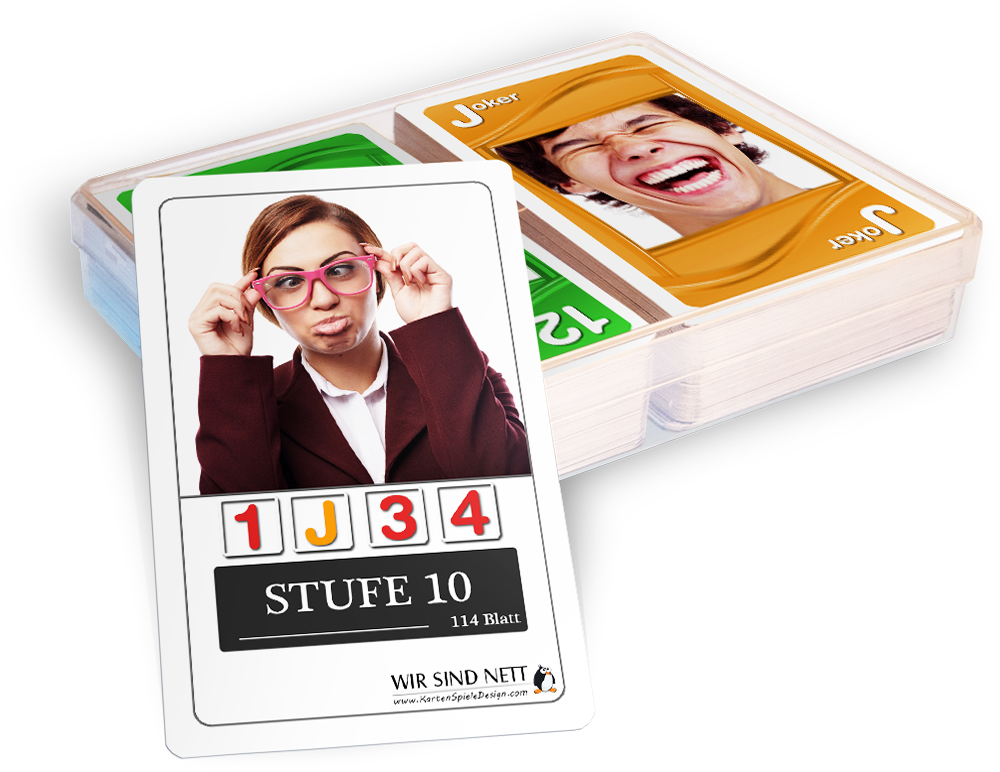 The game is the second best-selling card game in the world after Uno. With your photos, the game is sure to become the highlight of the game evening.

The rules are very simple.

The phases call for cards with the same number (e.g. twins), a number line or, in phase 8, seven cards of the same colour. There are four colours (red, yellow, green, blue) and numbers from 1 to 12. In addition, there are joker cards(*) as well as cards that, if given to any other player, make that player sit out a round.

Whoever fulfils the phase places the corresponding cards face up on the table in front of them. In the course of the following round, matching cards can then be placed on the table. When a player has played all the cards in this way, the phase is over. A player does not move on to the next phase until he has reached the current one. The first player to complete phase 10 wins. If several players in the round have phase 10, the one with the lowest points wins.