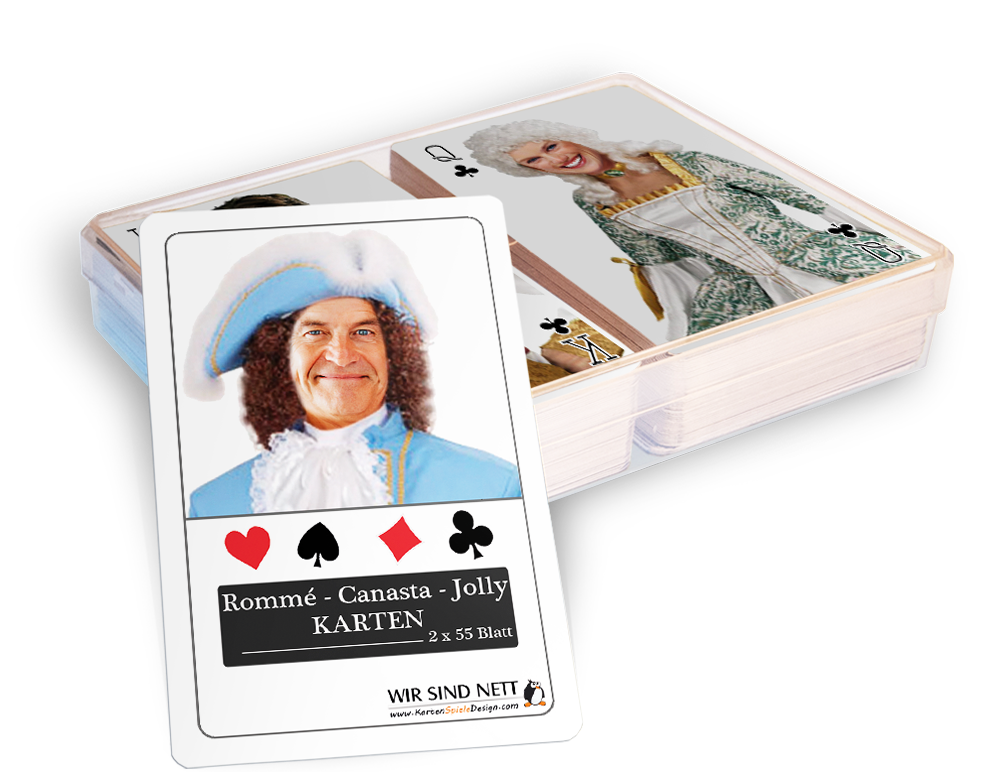 A card game that goes by many different names: Rummy, Rommee, Rummy, Jolly and Canasta.

In Austria, the card game is also called Jolly. In Germany it is known by the French name Rommé. In France, however, the game is called Rami. In America, the game is called Rummy (from rum). The most popular game in the USA and Great Britain is Gin Rummy, a game for two people.

The Rummy family also includes the well-known Canasta, which is played in many variations, including Samba-Canasta. Rummikub is a more modern version of rummy as a tile-laying game.

No matter what it is called! It is played with two packs of 52 French playing cards and three jokers each, i.e. a total of 110 cards played by two to six people.