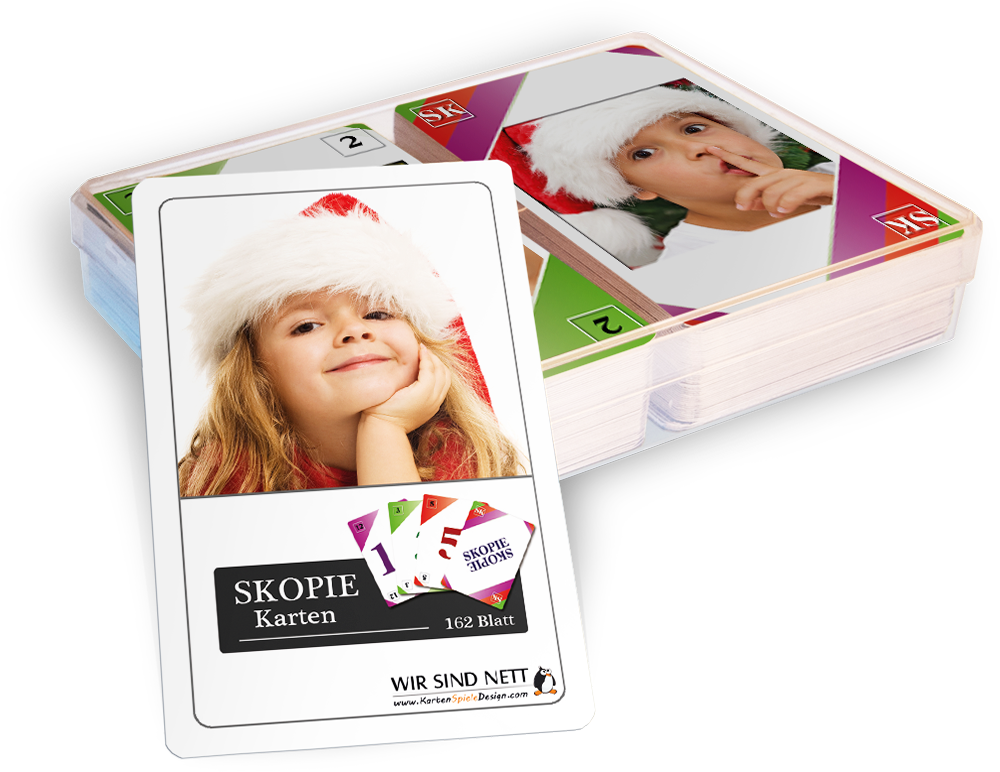 The game is the second best-selling card game in the world after Uno. With your photos, the game is sure to become the highlight of the game night. Skip-Bo is a commercial version of the classic card game Spite and Malice.

The aim of the game is to be the first to discard your entire deck of cards. To do this, you use your hand cards including some jokers, as well as the cards from your own auxiliary pile, building on the templates of the other players. The game material consists of a total of 162 cards, 144 of which are in 12 coloured decks with the numbers 1 to 12 as well as 18 Skip-Bo cards, which take on the role of jokers in the game.