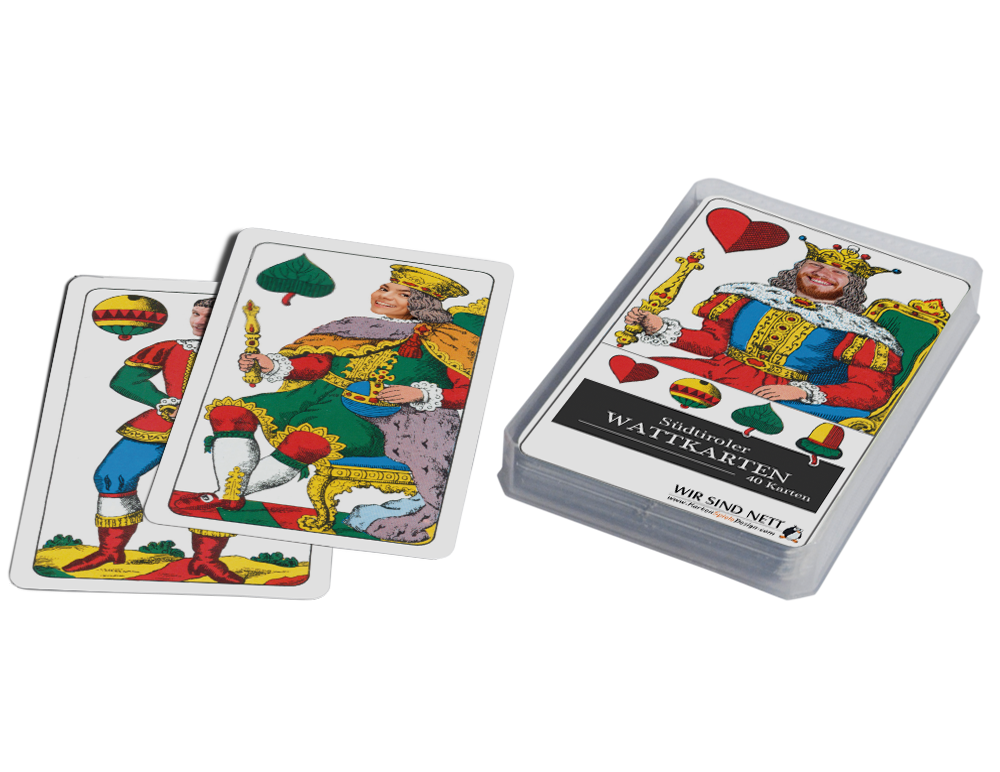 Use your photos to design your wading cards with a South Tyrolean image.

Watten is usually played with the colours acorn, green, red and bells. Regionally, Watten is also called Watteln or Wattlung. It is a card game played mostly in South Tyrol, Bavaria, Austria and Switzerland.

In North Tyrol it is played with 33 hands of double German playing cards. The playing card set consists of the four suits heart, shell, leaf and acorn, each with sevens, eights, nines, tens, under, over, king and ace. In addition, there is the Weli, the six of a shell, which is a trump in all suits.

A particularly popular watter variant is the »Ladinern«. Other variations are with »Good« or »Critical Watten«.